Under the patronage of Prof. Dr. Youssef Gharbawy, President of South Valley University, and in cooperation with the National Institute of Astronomical and Geophysical Research headed by Dr. Jad Mohamed Al-Qadi, President of the Institute, the phenomenon of the total lunar eclipse had monitored as part of the organized events of the third astronomical day, in the presence of Dr. Khalid bin Alwaleed, Dean of the Faculty of Science and the researcher Ahmed Abdo El-Manawi.

Prof. Dr. Khalid bin Alwaleed stressed that the University is interested in spreading astronomical culture among the university’s students, adding that after the success of the first and second astronomical day, the University invited the National Institute of Astronomical and Geophysical Research to monitor the phenomenon of the total lunar eclipse in the framework of organizing the third-day events. 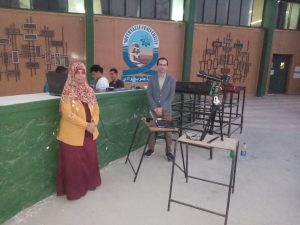 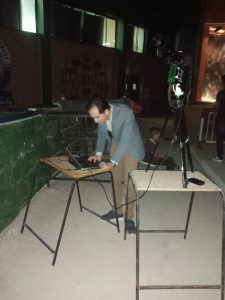