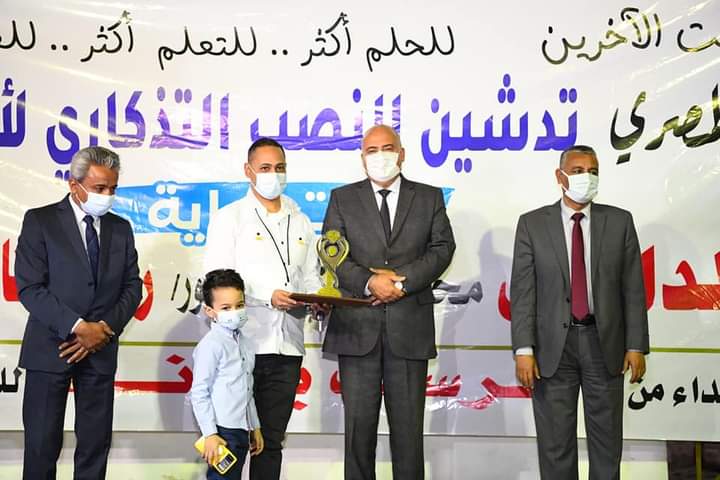 Within the framework of the 43th anniversary of The Egyptian Doctor, under the slogan”Heroism and Sacrifice”, General Ashraf Al-Dawi, Governor of Qena and Prof. Dr. Youssef Grabawy, president of the university have inaugurated the monument of the white army heroes on 26 July street downtown, in the honour of the souls of martyrs of the Ministry of Health from doctors and nurses and honoured the families of the martyrs of medical staff. And that in the presence of Dr. Raji Tawadros, undersecretary of Ministry of Health in Qena and a number of grassroots and executive leaderships.

General Al-Dawi praised the heroic efforts of medical staff in confronting coronavirus, thanking them for their honorable role through this crisis, confirming the support of the political leadership to the medical personnel.