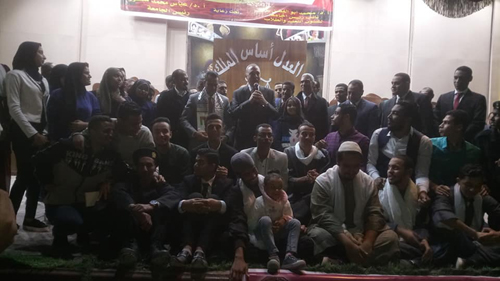 Major General Abdul Hamid Al-Hagan Governor of Qena and Prof. Dr. Abbas Mansour, President of of South Valley University attended the Performance of the mock trial (the snakes) presented by the theater team at the Faculty of Law. The play talked about some negative phenomena in society and the role of the concerned authorities in confronting them by law. The presentation aimed at developing the students’ skills in the arts of judicial proceedings and motivating them to make every effort to hold great positions in the fields of justice and law.