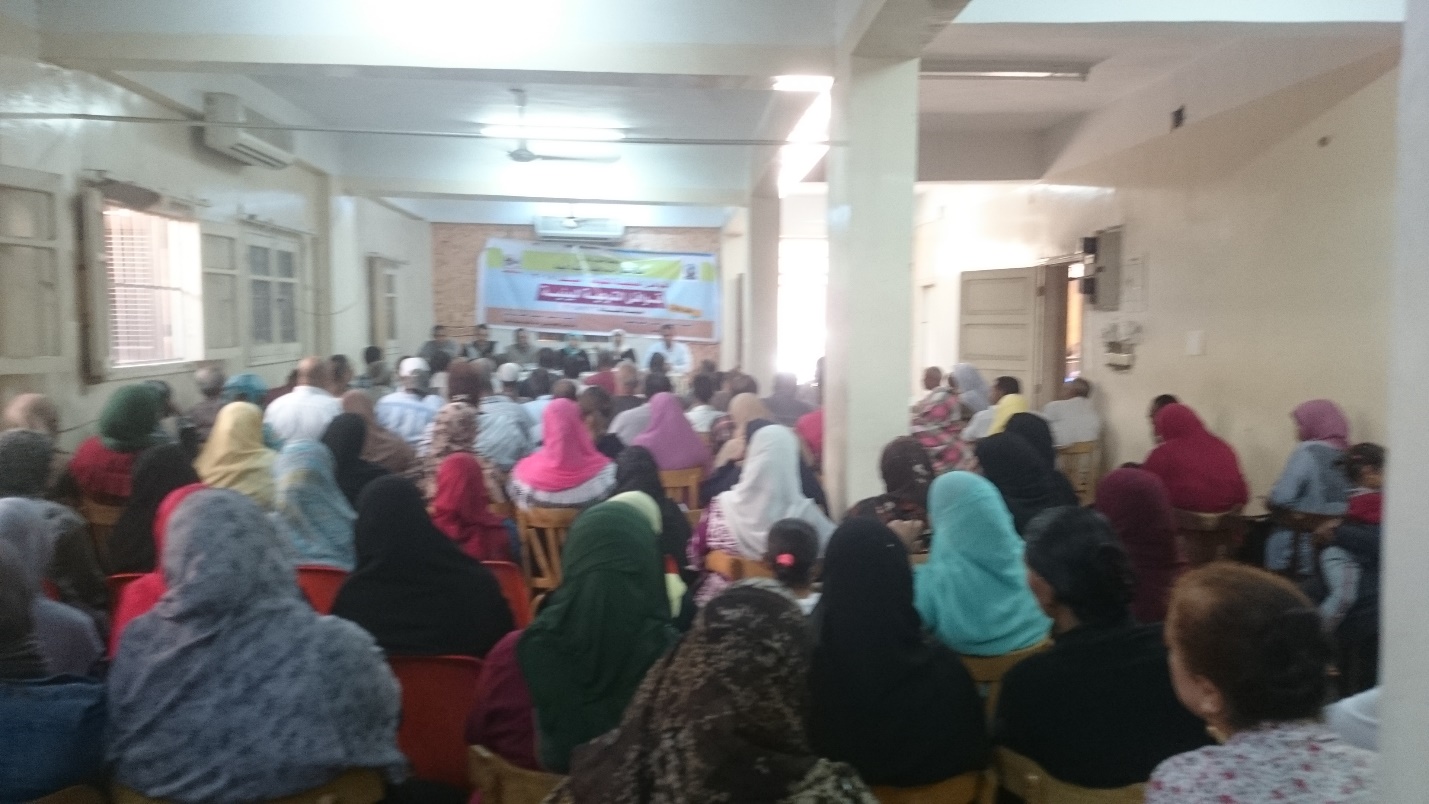 Under the patronage of Prof. Dr. Abbas Mansour, President of the University, the Community Service and Environmental Development Sector, supervised by Prof. Dr. Yousef Al Gharbawi, Vice President for Community Service and Environmental Development, organized an environmental awareness Campaign in Naqada, Qena Governorate. Eng. Fatma Ahmed Ibrahim, Chairman of Naqada City Council welcomed the guests and thanked the efforts of the university and its cooperation in the issues of environment and society. The have discussed Scientific research on the most important problems of food and environment on public health and how to deal with them and the obstacles facing the citizen in terms of the seriousness of pesticides and pollutants in the avoidance of dangers from the beginning of the spraying of pesticides on plants and homes through the optimum application and preferred methods of preparing food, which reduce the toxicity of pesticides. Beside modern scientific methods to rationalize water and reduce waste in water’s use, as well as avoid water pollution, they discussed pollution sources and how to avoid pollution of the environment and the risks of environmental pollution.