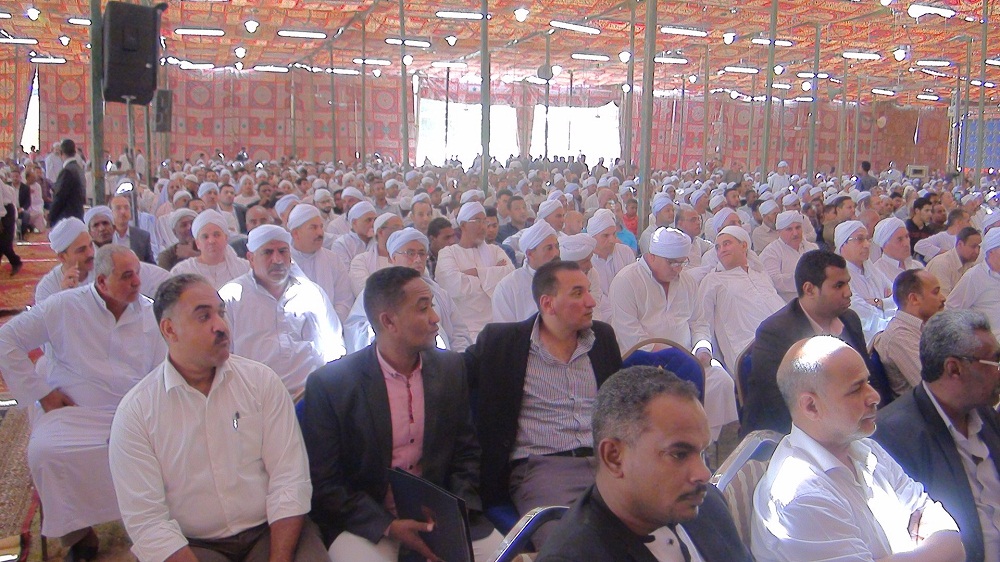 The 4th Cultural Forum was opened in Dendera by President of the University Prof. Abbas Mansour and Governor of Qena General Abdel Hamid El Hagan in the presence of Vice-president for Student Affairs Prof. Mohamed Abulfadl Badran, Vice-president for Community Services and Environmental Affairs Prof. Youssuf Ahmed Gharbawy and a large number of people. Prof .Abbas Mansour asserted the importance of learning and accepting and respecting the cultures of others. Also, he talked about the role of SVU in acquiring skills and preparing competitive alumni in the labor market, referring to the importance of working hard as it is a mean of happiness. Additionally, General Abdel Hamid El Hagan, Governor of Qena, talked about the role of Qena governorate in implementing many projects for the sake of the happiness of future generations, referring to the forum objective in developing the human culture and promoting talents.