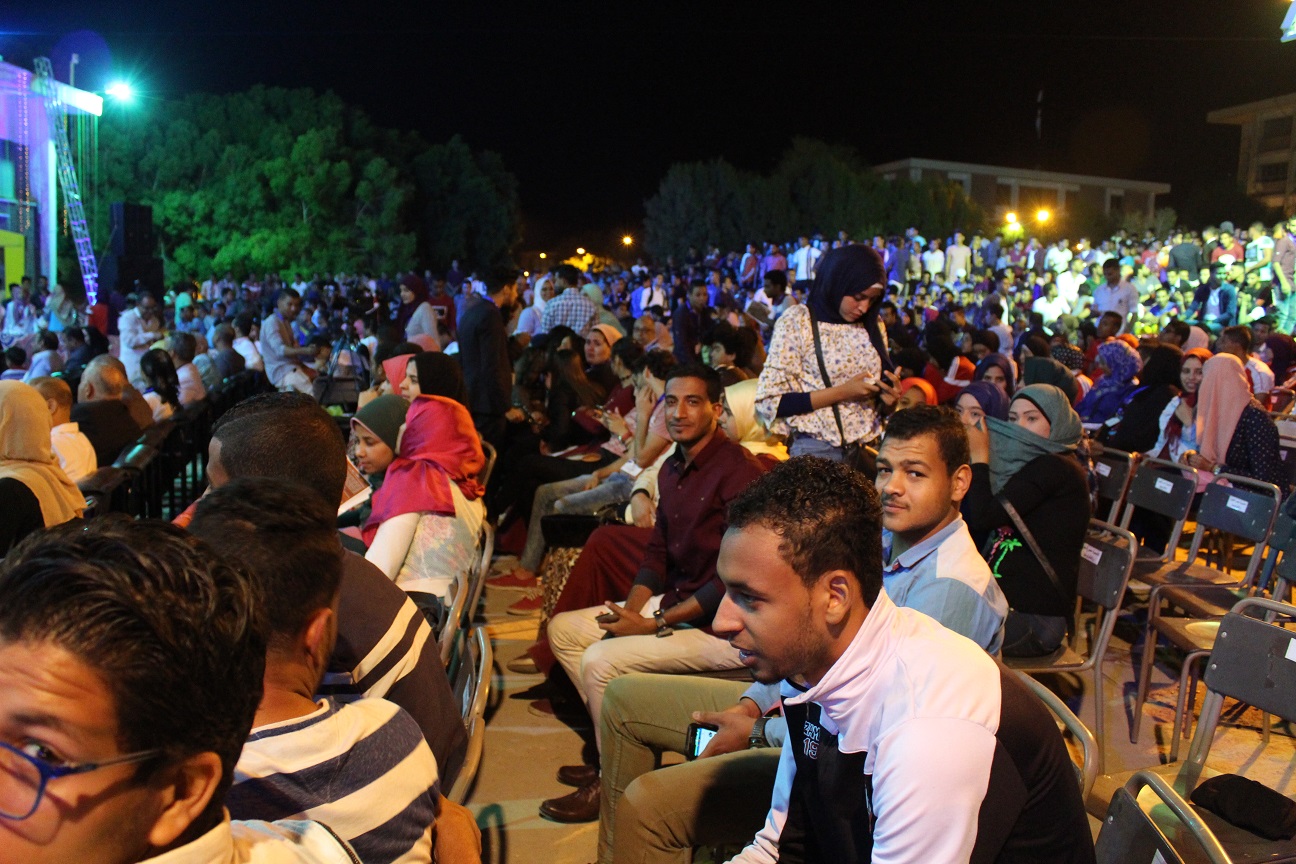 On March 17, 2018, the 16th Art Forum was opened by President of the University Prof. Abbas Mansour who confirmed the forum success in achieving its objectives in transferring experiences and cultures between the participating universities. Obviously, he called the students to do their best in the study and to learn hard to face the different obstacles. Students’ activities has been very important for students in developing their talent as stated by Vice-president for Student Affairs Prof. Mohamed Abulfadl Badran who thanked the police and the armed forces for their sacrifices in the war against terrorism in Sinai. The forum included Musical performances, exhibitions, fine arts and popular arts with the participation of 11 Egyptian University. The Art Forum has been an educational, artistic and cultural activity and arts has been one of the most important means of educating students as stated by the representative of the participating delegations Dr. Hassan Ibrahim.