The National Day of Qena 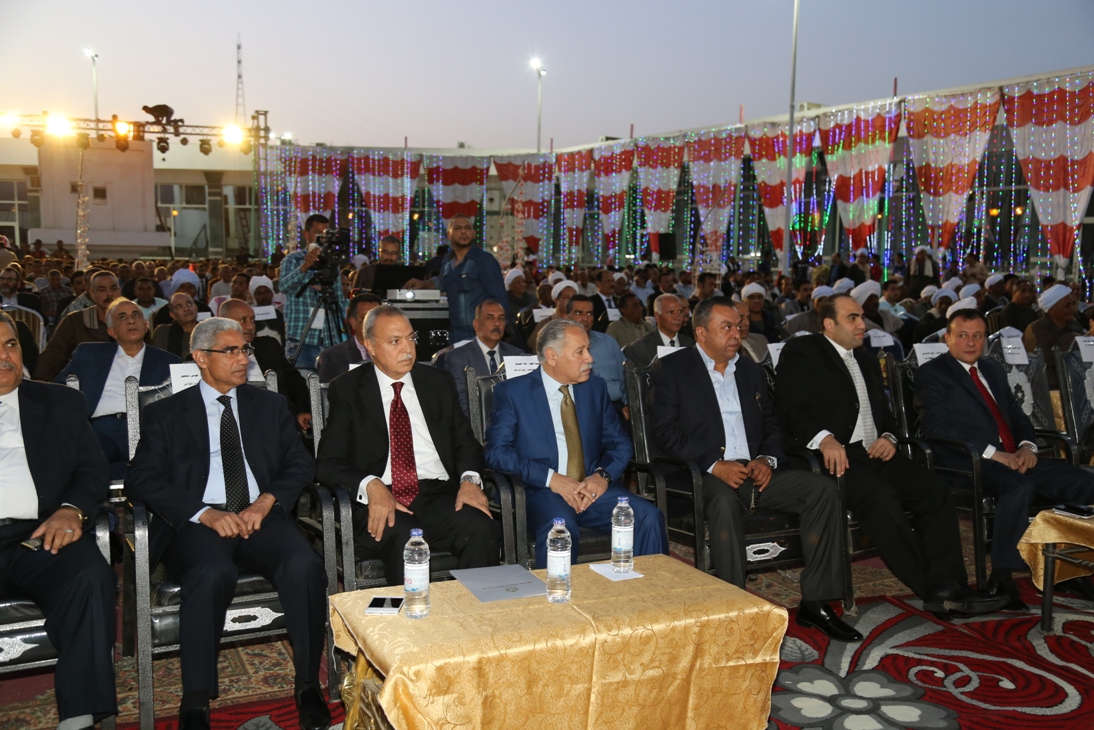 A delegation from the university participated in the celebrations organized by the governorate on the occasion of the National Day. It included President of the University Prof. Abbas Mansour, Vice-president for Postgraduate and Research Affairs Prof. Mahmoud Khodari Maeila Hamed, Vice-president for Student Affairs Prof. Mohamed Abulfadl Badran, Vice president for Community Services and Environmental Affairs Prof. Youssuf Ahmad Gherbawy, Dean of Faculty of Physical Education Prof. Ahmed Kamal and a large number of students. In the beginning, Prof. Abbas Mansour congratulated the citizens of Qena for their national day, confirming the courage and sacrifice of them. Additionally, he praised the achievements in all sectors of the Governorate. Also, he greeted the police and the armed forces for their sacrifices in the war against terrorism in Sinai.