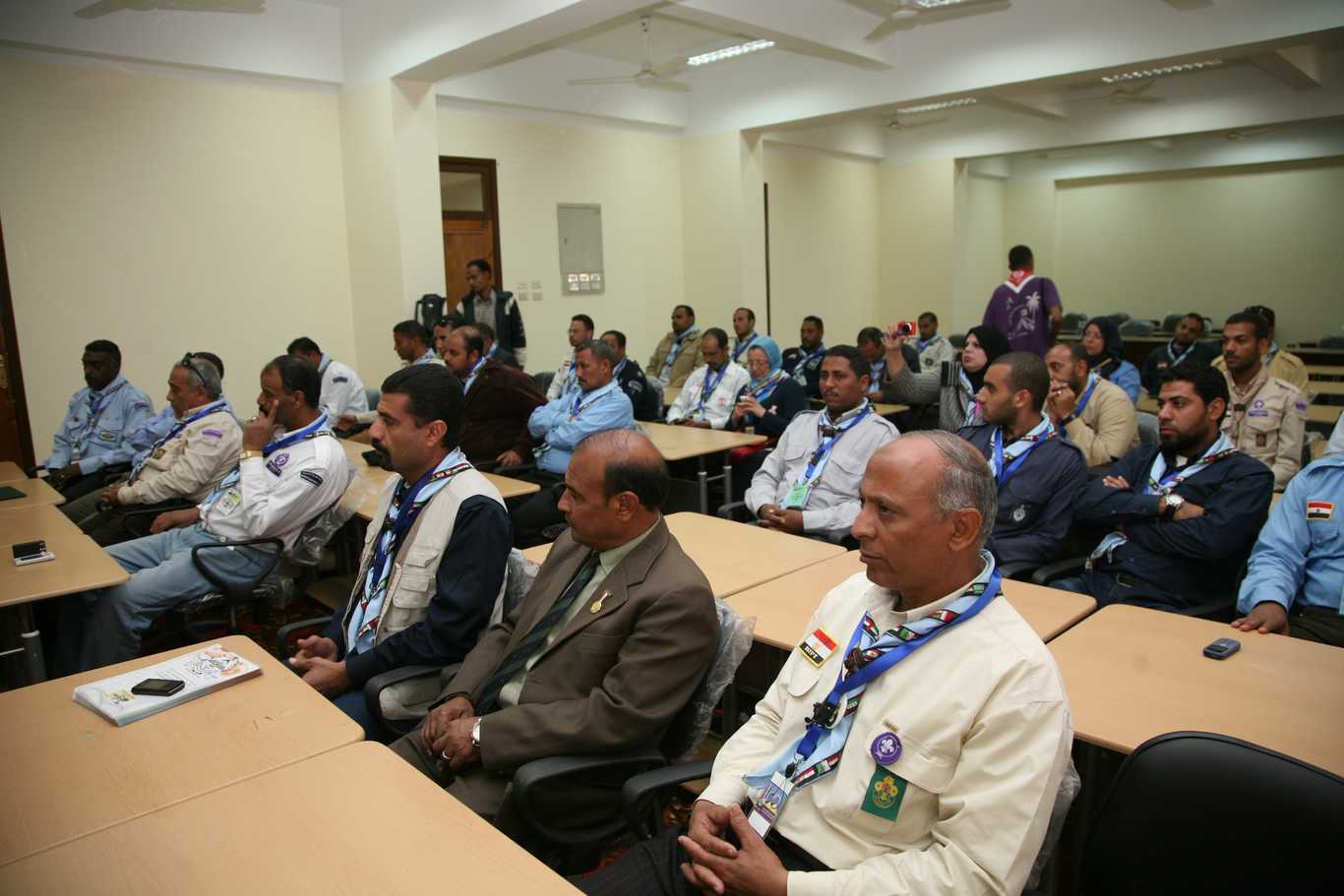 It was concluded the events of Arab Tournament for Qualifying the Assistants of Training leaders in Scouts in the presence of Prof. Dr. Abbas Mansour, the university president and the delegations of study Mr. Abd Al-Rahim Abu Zeid , Undersecretary of the Directorate of Youth and Sports in Qena , Mr. Osama Abd Al-Rady Mnovy, General Director of the Department scout administration ,Mr. Adel Zaher , member of the leadership Development Committee of the association and Mr. Mohamed Fathy, member of the Training Committee in the General association of Scouts, where the university president emphasized on the role of the scouts in building the Egyptian character,

He added that Egypt needs to the labor and love of belonging, and expressed his happiness with the success of the Constitution , he also stressed that the university was benefited from successful tournament and welcomed the attendance , while Mr. Abd Al-Rahim Abu Zeid , Undersecretary of the Directorate of Youth and Sports expressed his happiness with cooperation of South Valley University with the General association of Scouts, confirming that the study resulted in a lot of positives to members of Scouts

Moreover Mr. Abdul Rahim studier at the tournament and the candidate of the Air Scouts assembly expressed his happiness with hosting the tournament by the University, while this gathering reflects the stability and security of Egypt