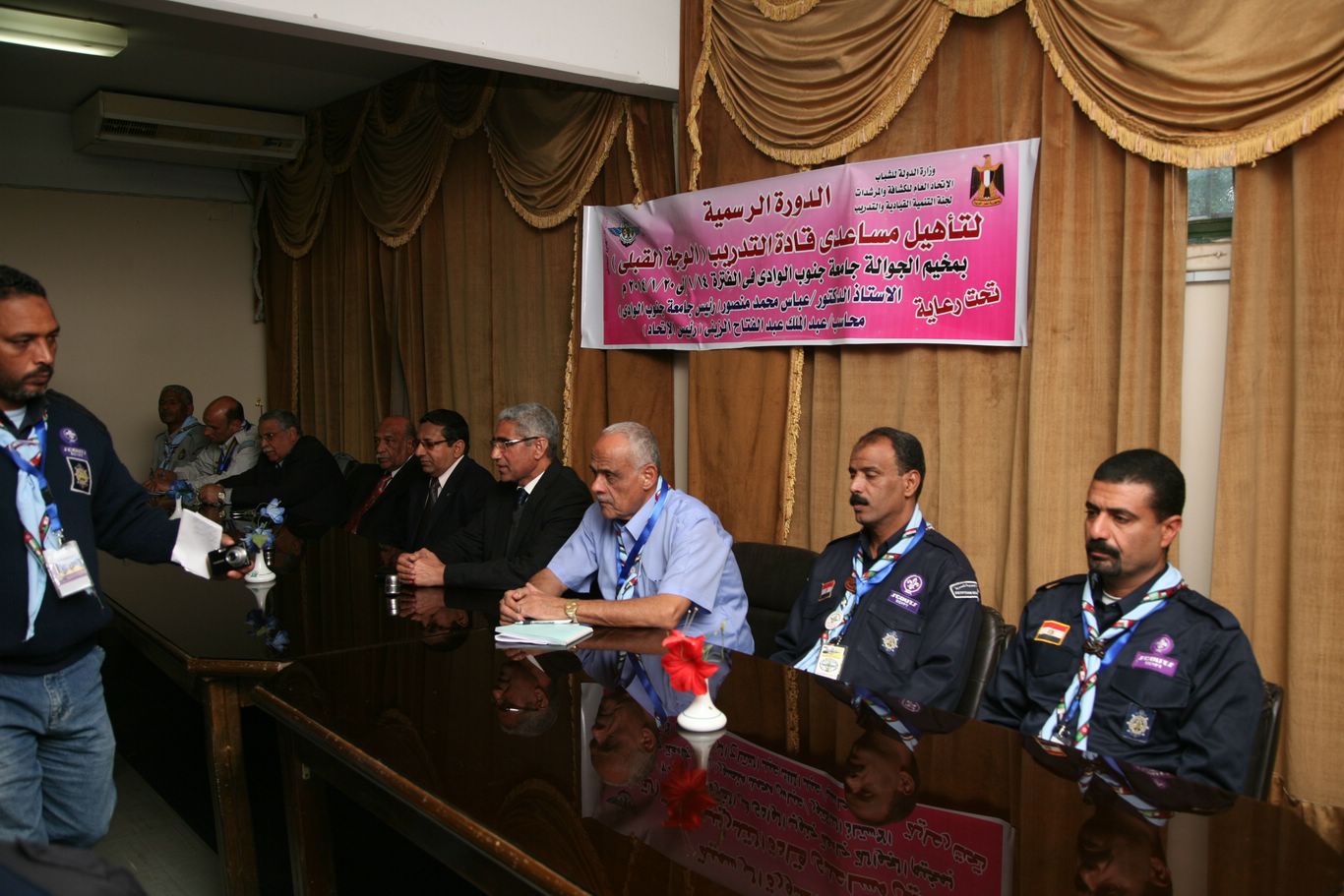 Prof. Dr. Abbas Mansour, the University President and Prof. Dr. Hefny Ismail , Vice President for Student Affairs opened the events of Arab tournament for qualifying assistants of Training leaders of Scouts and Guides in the presence of accountant/ Abd Al-Malik Zeny , head of general association of Scouts and Guides and Emad Abd Al-Gawad , Rapporteur of the leadership Development Commission in general association as well as a group of leaders of the Scout Movement in the Arab World and the Egyptian leaders of the Scouts , where the tournament is held in the period of January 14 – 20, 2014 in cooperation with scout administration at the University , which is a study of the Scout associations in the Scout camp in the university While the university president stressed on the importance of the Scout Movement in the Arab World, which developing the affiliation to the homeland and self-reliance, as he welcomed all attendees, moreover Prof. Dr Hefny Ismail visited the Scout camp and met with leaders for reassuring on the delegations and activation of the program