The President of the University receives Dutch experts in the fields of cardiac catheterization, anesthesia and hospital management 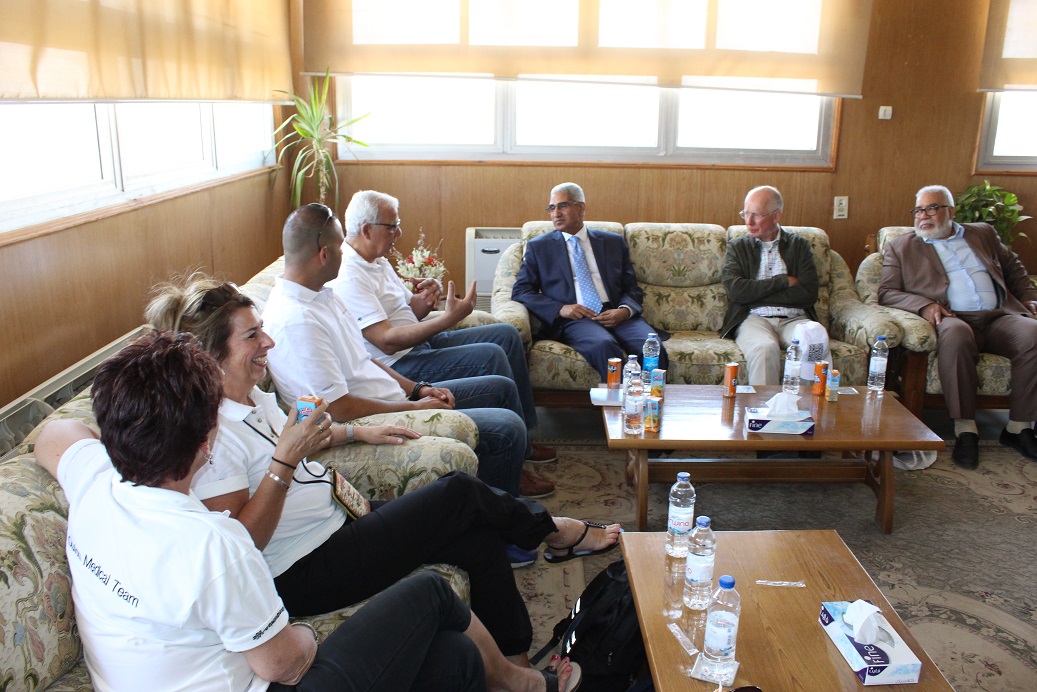 Dr. Abbas Mansour, President of South Valley University, received a Dutch medical delegation who works at Qena University Hospitals during the period from 27 April to 4 May 2018. The President praised the medical services offered by the Egyptian-Dutch Association for more than ten years, represented in in several surgeries , Medical services and  administrative development in Qena University hospitals In addition to holding several training workshops for faculty members and their assistants, students of faculties of the university medical sector, doctors and nursing of university hospitals, contributing to developing skills and preparing a generation capable of upgrading the medical system in the Upper Egyptian Sector. Dr. Salah Said, Consultant Cardiologist at ZGT Hospitals in Holland and head of the Dutch medical delegation, said that the delegation will perform many cardiac catheterization surgeries in collaboration with the Cardiac Catheterization Unit at Qena University Hospital for 100% Arterial blockage -cases